The August release of the Patent Law of Australia online service covers: the phasing out of the innovation patent system; clarification of the meaning of the “product” of a method; the meaning of “first regulatory approval date” in connection with extension of the term of a standard patent; and the meaning of “inventor”.

Phasing out of innovation patents

References in the text to the innovation patents system have been amended to reflect the commencement of the phasing out of that system from 26 August 2021.

The provisions of Intellectual Property Laws Amendment (Productivity Commission Response Part 2 and Other Measures) Act 2020 (Cth), Sch 1, Pt 2 commenced on 26 August 2021. These provisions implement the Federal Government’s response to a recommendation by the Productivity Commission that the innovation patent system be abolished. IP Australia will now no longer grant an innovation patent on any application filed from 26 August 2021 except for divisional applications where the priority date of all claims is before 26 August 2021. Existing innovation patents that were filed before that date will continue in force until their expiry.

The meaning of the “product” of a method claim

In Ariosa Diagnostics, Inc v Sequenom, Inc [2021] FCAFC 101, the Federal Court confirmed that a method of doing something need not give rise to a product in order to be patentable, from which it follows that a claim to a method which produces no product can only be infringed by carrying out that method in the patent area. The claim in suit concerned a diagnostic method utilising a naturally occurring DNA sequence, and in reaching its conclusion, the court affirmed that such methods are not ineligible for patent protection.

In Ono Pharmaceutical Co, Ltd v Commissioner of Patents [2021] FCA 643, the Federal Court held that an ARTG (Australian Register of Therapeutic Goods) registration sponsored by a third party is not relevant to the determination of the first “regulatory approval date”, contrary to previous Patent Office practice in connection with extensions of the term of a pharmaceutical patent. The Commissioner of Patents has filed an appeal from this decision.

An “inventor” need not be a person 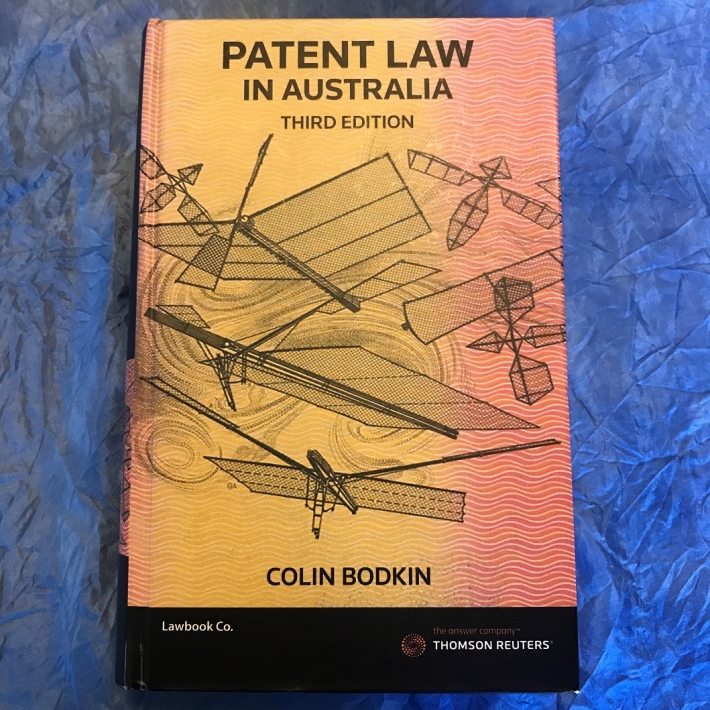 The Patent Law in Australia online service continues to be an indispensable guide to obtaining, maintaining, enforcing and challenging the validity of patents in Australia. Balancing both the practical nature of IP Australia processes and in-depth analysis of statute and case law, Patent Law in Australia navigates every aspect of the patenting process, with detailed commentary on the law pertaining to each stage and therefore provides relevant and effective advice for patent attorney's, intellectual property lawyers and barristers. The publication launched in 2008 and is published both as an online subscription service and as a book. The third edition of Patent Law in Australia was published in 2018.

Colin Bodkin holds a BSc (Hons) in chemistry, a doctorate in organic chemistry, an MBA and a Master of Industrial Property degree. He is a former Fellow of the Institute of Patent and Trademark Attorneys and a former registered patent attorney, having practised as a Principal of Spruson & Ferguson in Sydney. Colin Bodkin has been the author of Patent Law in Australia since the publication of its first edition in 2008. The publication is published both as an online subscription service and as a book. The third book edition of Patent Law in Australia was published in 2018.

Speak to a consultant

Can't find an answer to your question?
Contact our support team.

Tell us what you think

We'd love to hear what you think
of our products and support.